For the past 43 years, perhaps one of the most frequently asked questions Americans have asked one another is “Where were you on July 20th 1969 when Neil Armstrong first set foot on the Moon?”

Few can argue that the Apollo 11 mission was one of the most courageous technical achievements America has ever undertaken. Equally remarkable was that the objective was accomplished months before the turn of the decade deadline President John F. Kennedy had established back in 1961.

Seconds before the Lunar Excursion Module (or LEM) touched down on the lunar surface, the mission was almost aborted because the decent had burned more fuel than anticipated. As Neil Armstrong and Buzz Aldrin carefully guided the LEM closer to the landing site, Houston began counting down the seconds before an abort. If the LEM were to run out of fuel, the delicate spacecraft would have slammed into the lunar surface killing Armstrong and Aldrin instantly. However, Commander Armstrong was a brilliant and experienced pilot and masterfully maneuvered the craft to a safe landing with fumes to spare.

The rest, as they say, is history.

After approximately three hours of exploration and experimentation on the lunar surface, Armstrong and Aldrin re-boarded the LEM (code named “Eagle”) and blasted off the landing base to rendezvous with the command module (code named “Columbia”) piloted by Michael Collins who was orbiting the Moon. They left behind an array of scientific instruments, an American flag, hundreds of footprints and a metal plaque mounted on the LEM landing base that read the following:

“Here Men from the Planet Earth First Set Foot Upon the Moon, July 1969 A.D. We Came in Peace For All Mankind”.

The plaque was signed by the three Apollo 11 astronauts and President Richard M. Nixon.

In my opinion, what made the Apollo program special along with the NASA programs that preceded it was that the entire nation was behind them. After sending seven men into orbit in 1961 (the goal of Project Mercury) President Kennedy wanted to go farther by sending human beings to another planet within nine years. With the bitter memories of Sputnik and Yuri Gagarin still fresh in our minds and a Cold War raging on, America finally realized that it needed to beat the Soviets this time. While the Soviet Union also undertook a manned lunar program, it ended with a series of heavy launch vehicle failures in 1976.

For me, the recent passing of Neil Armstrong at age 82 along with other heroic American astronauts marks the slow conclusion of an extraordinary era of achievement in America. The recent Space Shuttle “flybys” reminded me of a funeral. The modified NASA 747 Jumbo Jet acting as the pallbearer with the Shuttle Orbiter mounted on its back as the casket. Indeed, it was time to give America one last viewing before the Shuttles were “buried” in museums throughout the United States. It is now abundantly clear that manned space flight is no longer a national priority instead giving way to NASA partnerships with private industry.

When Astronauts Eugene Cernan and Harrison Schmitt blasted off the lunar surface on December 14th 1972, it was the last time a human being ever set foot on the surface of the Moon.

When Neil Armstrong was asked in 2005 during a 60 Minutes interview what it was like to walk on the surface of the Moon, Armstrong replied: “It’s an interesting place to be. I recommend it” 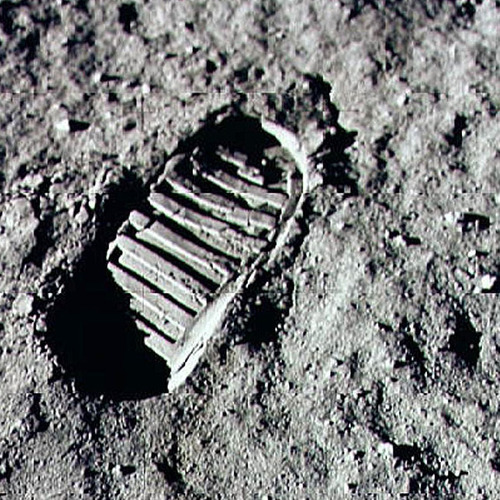 1 Response to For all mankind