After completing a marathon 162 game season, clinching the National League Western Division on the last game of the regular season, and surviving torturous playoff battles against both the Atlanta Braves and Philadelphia Phillies,  The San Francisco Giants have earned another trip to the World Series.

The 1962 series featured Giants greats Willie Mays, Willie McCovey, and Orlando Cepeda.  The series went the full seven games with the Yankees eventually winning the series 4 games to 3.  In game seven, the Giants were down 1-0 with runners in scoring position.  Willie McCovey hit a line drive that was caught by Yankee Bobby Richardson for the final out. 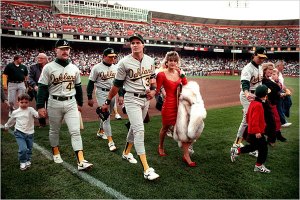 Best known as the Bay Bridge Series or the Earthquake Series.  The dominant Oakland Athletics offense featuring power hitting “Bash Brothers” duo Jose Canseco and Mark McGuire proved to be too much for the Giants and swept the series 4 games to 0.  Before the start of game three on October 17, 1989, a powerful 6.9 manitude earthquake struck the Bay Area suspending the series for 10 days while seismic inspections were conducted at both Bay Area stadiums. 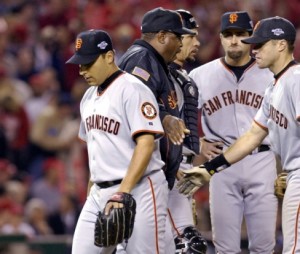 The 2002 series was perhaps the most frustrating series ever for Giants fans.  This was the first series that featured power slugger Barry Bonds who joined the Giants organization in 1993.  In game six, the Giants held a 5-0 lead and were eight outs away from a Series Championship.  Giants manager Dusty Baker prematurely pulled starting pitcher Russ Ortiz replacing him with Felix Rodriguez.  Angels slugger Scott Spiezio then crushed a three run homer off Rodriguez setting the tone and momentum for the rest of game six.  The Angels ended up winning game six 6-5 in a stunning comeback.  The momentum carried into game seven where the Angels eventually clinched the series by winning 4-1. 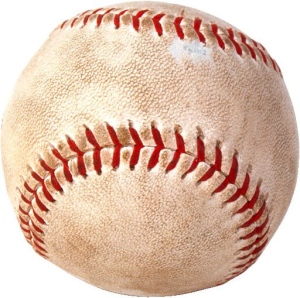