Posted on October 2, 2010 by daviddhovey

Recently, I read a great Thomas L. Friedman opinion column in the newspaper discussing how China views the United States.  Friedman began his column by describing a television skit he watched while attending the World Economic Forum in the Chinese city of Tianjin.  In the skit were four children about to run a race.  The first child is wearing the Chinese flag, the second one is wearing the US flag, the third one is wearing the Indian flag, and the fourth one is wearing the Brazilian flag.  Before they race, the American child named Anthony boasts that he will be victorious and declares: “because I always win”.  As the race begins, Anthony immediately takes the lead but later doubles over from cramps.  “Now is our chance to overtake him for the first time” exclaims the Chinese child.  “What’s wrong with Anthony?” asks another.  “He is overweight and flabby” explains another, “he ate too many hamburgers”

This is how China views the United States.  Flabby.  Arrogant.  Tired.  Doubled over.

OK, I will now own up to the flabby accusation: guilty as charged.  Agreed, the United States has a weight problem and I myself have become a newly minted member of this club.  Over the last 15 months of grinding unemployment, I have managed to pack on a staggering 20 pounds.  Yikes, how did that happen?

I love my country and proud to be an American, but I’m not arrogant about it.  The US has accomplished some amazing milestones including putting human beings on the Moon and inventing the automobile.  We have done a ton of stuff as a country and deserve an occasional slap on the back for doing it.  Sure, we’re a bit winded.  Wouldn’t you be if you accomplished great things?  We are not perfect either.  Our poop stinks just like everyone else, including China.  And yes, we eat lots of hamburgers because, well, we’re Americans.

It is clear that we are engaged in an economic race with other nations, most notably India and China.  Before we begin our sprint like our fictitious friend Anthony from the skit, we must ask ourselves one important question: are we as a nation prepared and willing to do what is necessary to compete and win this race?

Thinking back, I remember how disturbed and disgusted I was upon reading about the Foxconn Technology employee suicides that occurred in China.  Once again, the world pulled back the curtain and exposed another human rights tragedy.  Human beings killing themselves as a result of severe corporate repercussions for dishonoring their employer by not assembling products fast enough.  Imagine someone taking their life because he or she was shamed and humiliated for only slapping together 687 iPhones an hour instead of 692.  What an unbelievable tragedy.  Equally disturbing was the company’s massive rally and PR stunt to showcase its commitment to its employees and customers.  We are one.  We care about our employees.  Really?  Then please explain to the world why your employees are killing themselves.  Shame on any demanding customer of Foxconn’s manufacturing services that looks the other way.

The pressure and heightened expectations to excel and succeed in our educational system has already begun.  We are passing the baton off to the next generation to continue this race and we are counting on this generation to run hard.  The second important question that must be asked is: will our kids be prepared and willing to do what it takes to compete and win this race?  Will they rise to the challenge as we shove more math and science down their throats?  Based on my personal observations at my Son’s school, the more challenging curriculum starts earlier.  Before you know it, we’ll be teaching calculus in kindergarten and explaining to little Johnny why he shouldn’t be a Fireman or Policeman.

Let’s not kid ourselves, victory in this race will come at a price.  Success and winning always does.  The Chinese have shown they are up for the challenge with some of their citizens paying the ultimate price.  They are out of the blocks and running like thoroughbreds.  Are we prepared for this?  Are we prepared and willing to win?

Oh, and as for those hamburgers, I’ll be downsizing to the Whopper Jr. without cheese.  Hold the fries please. 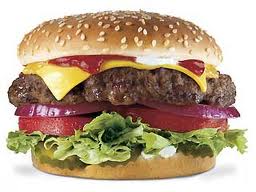 1 Response to Too many hamburgers